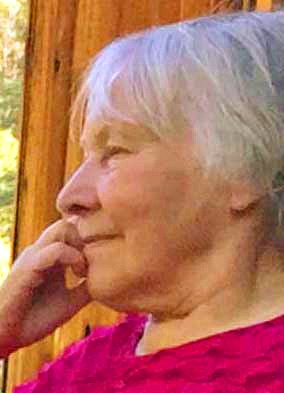 Tangren Alexander (b. 1940), the first woman to receive a PhD in philosophy from the University of Oregon (1975), returned to her hometown as a professor of philosophy at Southern Oregon University from 1974 to 2006. She taught a full spectrum of courses, including Logic, History of Western Philosophy, and her specialties: Ethics, Death & Dying, and two courses she developed from scratch, Feminism & Philosophy and Women & Ethics.

Dr. Alexander is a philosopher who believes in dolls. Her current work involves a move to visual language, as seen in her photographs of feminist dolls depicting women-powered stories. “Selene,” Z. Budapest’s story of a girl who becomes a bull-leaper in ancient Crete, enacted by Barbies and Skippers, was shown at a meeting of  International Women in Philosophy.

Her other philosophical interests include 17th Century European Philosophy (Queen Christina of Sweden and René Descartes especially), the logic of dreaming, magic and philosophy, and ethics.